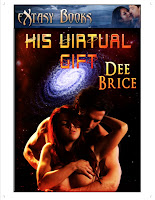 I’m not sure where plotters get their inspirations. During a recent conversation with a plotter, she said she thinks in terms of umbrella themes and plots that then lead her to characters, their goals and their conflicts—both internal and external.

Just thinking about all that mental labor makes me tired. But it certainly accounts for that author’s depth of character and intricate storylines.

As for pantser me:

My subconscious self, however, may have conjured two people arguing at the top of their lungs. That argument may provide their external conflict and may also be part of their own internal issues. Either conflict may or may not have led to the argument. At this point, I haven’t a clue. I just have these characters who need to resolve their issues—whatever they may be.

News stories or magazine articles sometimes inspire stories. A romantic suspense I’m still noodling on raises its hand and beckons with enticing, bejeweled fingers every presidential election year. Another romantic suspense that I’ve written and sold came from an article about emerald mining in Colombia. It Takes a Thief came out of that article. I’m hoping to see it release from Ellora’s Cave (EC) in 2012.

Sometimes another author’s work inspires me. I’m not talking about plagiarism, but something more like a spin-off. Mary Stewart’s Arthurian Quartet (The Crystal Cave, The Hollow Hills, etc.) not only left me awestruck but reluctant to let go of the magic. Whether hers or Merlin’s I can’t say.

Apparently I could. Ellora’s Cave (EC) bought Passion’s Four Towers (PFT) and the rest, as they say, is history.

Your own work can inspire you. For example, I set myself up to write a sequel to Passion’s Four Towers—maybe even more than a couple of sequels. But when I finished I had a problem. Two of my secondary heroes had let themselves be led into sexual satiation. Which meant my sequel went into the toilet.

Lucky for me, my heroines’ dead mother rescued me. Kerrie dragged her ghostly chains, wailed like a banshee and in general made herself a pain in the… She kept at me until I wrote Kerrie’s Quest for Passion (KQ). That filled my time until Gerard and Edgar had recovered enough to take their heroic roles in Passion’s Twins (PT).

And then, due to circumstances beyond my control…

Between writing KQ’s and PT, Angela Lansbury’s Murder, She Wrote caught me in the what if of virtual reality. Sexy Hercules star Kevin Sorbo played a VR designer accused of murder. The crime aspect didn’t inspire me, but the VR did.

Your publisher may also inspire you to write a themed story. EC did and I wrote four short stories/novellas around food and the arts. EC didn’t buy one of them, but eXtasy Books contracted for all four. In fact, I now have a series called Sensuous Seasonings.

Chapter members may also inspire stories. I have almost total recall of hooking up with SVR members at the Denver RWA national convention in 2000. We were talking about what we were writing and I described a plot I was noodling on and our own resident humorist, Judy Ashley said, “Oh, so you’re writing Saving Ryan’s Privates—which became my first sale to eXtasy Books.

Sometimes there’s just something in the air. How often have you seen stories by different authors that have the same core theme? Over the fifteen plus years I pursued becoming published, I’ve encountered this phenomena a lot. I don’t know if Laurel K. Hamilton got her inspiration for Jean-Claude from Anne Rice, but it’s easy to think that’s what inspired her vampire stories. And Shanna Abe’s magical, marvelous Drakons could certainly have inspired shape-shifting dragons.

Obviously, I’m a fan of all these talented authors.

Faces. I based a couple of my heroines on a little girl with reddish-blonde hair and sea-foam green eyes I saw on a cruise up the Sacramento River. A craggy-featured old man missing some teeth might inspire my next excursion into VR.

All this is by way of saying inspiration can come from anywhere. You just need to listen and look.

BTW, those two covers at the top are from my most recent releases. Check them out at eXtasy Books.