Hope you had a fabulous Christmas!

May the peace and blessings of the season remain in your hearts and spirits throughout the new year...
I am working hard on getting my fanny back into gear and writing again. My five month sabbatical must end soon, or I will starve in 2011! LOL!  It is hard to get back into the saddle once you climb down for a "break", because those "breaks" don't seem to end.
I resolve to finish at least one book every month in 2011.
I resolve to get off my fat fanny and excercise more.
I resolve to keep my New Year Resolutions.
I resolve to make resolutions I can keep.
Hope your New Year is bright and Happy...
Hugs!
Fran Lee
Posted by Fran Lee at 12:01 AM No comments: 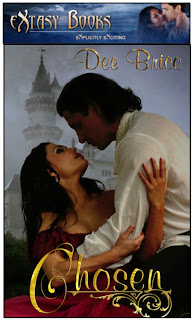 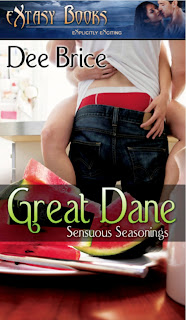 Today I'm sharing my latest release. A Christmas story to warm you on a cold winter's night.
Available now from - Aspen Mountain Press

Blurb:
Nick has fought his attraction to Emily since the summer. Work and other commitments have kept him from pursuing a relationship. Christmas is upon them and Nick finds he has free time on his hands. He sets in motion a little plan to get her sexy body prepared for what he hopes will be a night of passion she’ll never forget.
Someone is sending Emily erotic toys. The naughty notes attached are charging her dormant body to life with promises of red hot sex. She’s not sure who her secret Santa is, but if he’s truly following the Twelve Days of Christmas she’s about to find out.
Will Emily succumb to this Naughty St. Nick?

Emily pattered over to the front door. She peered through the peephole.
"Hmmm, I swear I heard the doorbell." She threw opened the door against the bitter cold of the winter storm brewing outside. Shivering, she bent over the threshold and glanced in both directions. Her skin pebbled from the snowflakes landing on her bare arms.
"Strange, I know the doorbell rang." She was about to close the door when she noticed a small brown box, sitting off to the right.
Intrigued, she placed a sock covered foot into the icy snow and retrieved the box. She quickly slammed the door and hurried back to her blanket on the couch. She nestled under the red fuzzy blanket. Turning the box in her hands she looked for an addressee.
"Nothing." She couldn’t help but wonder if it were meant for her or if someone left it on her doorstep mistakenly. She shook the box. Something bounced around inside. Unable to fight her curiosity any longer she tore open the package. There inside was a mistletoe-colored finger butt plug, with little white snowmen on it. Tingling sensations warmed her body straight down to her core. Thoughts of teasing the rim of her ass with the humming vibrator tantalized her.
She needed to know who sent it. Digging deeper into the box she searched for a card or anything cluing her in to who the sender was. She found a tiny note card that read:
On the first day of Christmas my true love gave me to, one butt plug a hummin’.
Emily thought she’d explode into orgasm right then and there. The idea of someone wanting to charge her ass to life enthralled her. Filled with an arousal that ran deep, Emily knew she had to pleasure herself.
Heat from the flames crackling in the fireplace warmed her chilled body, smoothing her skin. The television blared in the background, but Emily tuned it out. She’d been watching a movie about a money heist on a train or something crazy. It hadn’t held her attention. Turning the plug over in her hands, she found something that gripped her total attention. She couldn’t imagine who would send her something so erotic.
Settling into the pillow she closed her eyes and pictured the guy from Six A, as the bearer of her gift. His wavy blond hair and those piercing green eyes charged her body. She’d fantasized about him a few times. Oh who was she kidding she masturbated to the image of his shit eating grin too many times to count.
Emily longed to run her hand over his taunt abs. She wanted to trace a finger along the vee that disappeared below the trim of his pants to see if it went down to his cock, which she knew would be large and bulging. It seemed hard to believe she’d been drooling over him since summer.
After she witnessed his body in scant clothing she wanted a piece of him.
Posted by Unknown at 5:14 AM No comments: