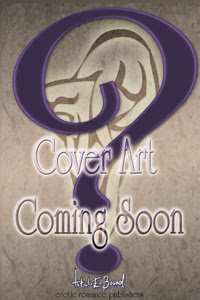 This week I signed a contract with Total E Bound , a Britsh based publisher, for Fate Unbound, a Greek God time travel I orginally published with Venus Press. (Yes, that Venus Press. Nuf said.) My story will be in an anthology titled Nectar of the Gods, September 2008. Love that title, very sexy, I think.

Over the next couple weeks I'll be adding a new ending and expanding a couple scenes. Very fun - more of the good stuff.

The premise of the book - is - for lack of a better word - different. It came from the female character who was accustomed to getting any man she wanted whenever she wanted him. She really needed to learn a lesson.

The man, not much more than a boy really, was swaying as he leaned back, trying to get a look at Taryn's ass.

Brown hair hung across his face, hiding one of a pair of bright blue eyes. His jaw was pleasantly square, his skin nicely tanned and contrasting well with the casual, soft brown sweater clinging to his lean muscles. Denim pants hung low on his hips, showing off a small slice of his strong midsection.
He certainly wasn’t puny, or unattractive, but he wasn’t up to her usual standards either. He had no sword, or markings of battle, and his face was fresh with the enthusiasm of youth.
She preferred her men strong and experienced. Vigorous. Capable. In Kate’s words–edgy.
But, she reflected ruefully, always getting what she wanted was the problem.
Or had been.
The newcomer set his hand on her waist, gripping it firmly, and leaned in. The bristled shadow of his facial hair brushed across her cheek as he spoke, his hot breath blowing across her neck. “I come here all the time. Want me to show you around?”
She shook her head, easily meeting his gaze because he wasn’t more than a few inches taller than she. “I’m meeting someone.”
Still holding her waist, he angled back, his gaze darting across the mass of people before coming back to her. “Another girl?”
Girl?
Did she look like an unripe, inexperienced girl?
Taryn straightened, looking down her nose at him, but because his attention had dropped to the swells of her breasts her disdain went unnoticed.
She set her hand on his to pull it away, but he gripped hers tightly and smiled, his vivid gaze coming back to her face. His grin was sweet, his azure eyes glowing brightly under the shaggy locks falling across his forehead.
A mature man would’ve been subtle, and realized the importance of anticipation. This boy’s inexperience was well balanced by drunken confidence. “We can wait for her,” he replied, stretching to the bar to discard his empty beer bottle, intentionally letting his arm brush across the side of her breast. “Then I’ll show you both around.” Moving his gaze to the dusting of glitter she skimmed between her breasts, he added, “This is a big place, you need to know where to go to get what you want.”
He seemed harmless enough, but Taryn wanted to end things quickly, before he made the one offer she was forbidden to refuse.