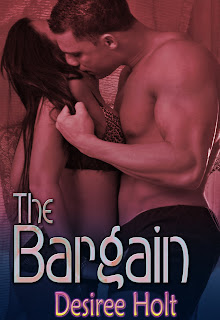 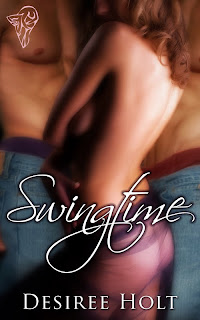 Driven By Hunge
Hunger drives the wolf. Hunger for food, for domination, for sexual satisfaction, and for 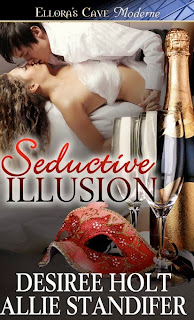 revenge when one of their own is harmed. So it is when Hannah Raines is kidnapped by Rogan Mueller, and insane geneticist who wants the female shifter for his bizarre experiments. Rand Molina has not only been able to satisfy his hunger with Hannah as his new mate but also taught her that there is no limit to the carnal pleasures they can enjoy. He is both frightened and enraged by Hannah’s disappearance and hungers for revenge. D 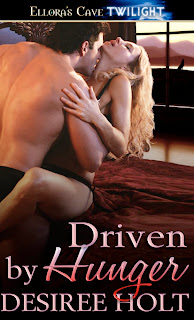 erek Sawyer, alpha of their small pack, has been seeking his mate for a long time. Fate delivers her in the person of Riesa Marlowe, a psychic who can give them clues as to where Hannah is. With Riesa he feeds his sexual appetite that strengthens his ability to lead his pack on a rescue mission. Two very hot couples and a dangerous situation. Will the fire burn brighter or will they all go down in flames?

Sedutive Illusion (with Allie Standifer)
For Sonia, winning the Valentine’s Singles Cruise was an opportunity to escape her fantasies about Chase and find a real man to fulfill them. Evan brought her screaming orgasms, inventive sex, and a new appreciation of every erotic zone in her body. After two nights with him there wasn’t a part of her he hadn’t licked, penetrated or tormented to fulfillment. As the relationship built and the sex grew hotter, she found herself pushing away memories of Chase. But on the third night of the cruise—the night of Valentine’s Day— Evan had a major surprise for Sonia and her life turned upside down.

From Resplendence Publishing
http://www.resplendencepublishing.com/
The Bargain
Lara McKee‘s life came to a crashing halt the night her husband was killed in a carjacking and she lost their unborn child. Now she channels all her energy into her job as assistant to Cole Cassidy, sexy CEO of Alamo Construction. Cole’s own life is a mess. A shotgun marriage based on a lie and the fiery death of his wife on the highway have left him with a child to raise that’s a constant reminder of his first wife’s lies and deceit. Both of them have written marriage out of their future.
But Cole desperately needs someone to mother the child and take charge of his personal life. When he proposes a marriage of convenience to Lara, who still yearns for motherhood, she shocks herself by accepting. And so these two people, carrying a van load of emotional baggage, begin to build a life together under almost impossible circumstances. Conflict builds over the child, whom Lara falls in love with at once and Cole ignores.
Beneath the daily conflict, love unexpectedly begins to grow. But at the moment they dare to explore their feelings, anger over the child erupts and the night turns into a disaster that nearly destroys the marriage. Slowly, bit by bit, they begin to re build their relationship, carefully nurturing these new feelings. But it takes another near-tragedy before they can finally get past the hurdles to complete happiness and truly become a family.
Want to find out more? Visit me at
http://www.desireeholt.com/
http://www.desireeholttellsall.com/

One word only for works by DH (Dear Heart, Desiree Holt)?